My first Eugene Marathon blog post: Running + Vegan = A How to Guide

The American Heritage dictionary defines a vegan as a vegetarian who only eats plant-based foods, and avoids using products deriving from animals. In other words, a “vegan lifestyle” is the avoidance of any animal-derived products for food, clothing, entertainment, commodities, transportation, beauty, fashion, or experimentation, whereas a “vegan diet” describes what vegans eat. Some people go vegan for ethical reasons (human and non-human animal protection and environmental ethics) and others subscribe to a vegan diet as a means to improve their health. No matter the reasoning for going vegan, there is a positive impact on the world (https://www.vegansociety.com/go-vegan/why-go-vegan).

There is a crossroad of running and veganism. More and more runners are going vegan at the same time more vegans are becoming runners. From Fiona Oakes to Carl Lewis to Catra Corbett to Scott Jurek to Madi Serpico to Rich Roll, it’s becoming more common to see vegan runners, among other types of athletes.

I happen to fall into the category of a vegan that took up running. I went vegan six years ago, for ethical reasons, and took up running three and a half years ago. Many changes have occurred in my life over the past six years as I learned about myself and the world around me, and many people frequently ask me three questions: 1) how did you go vegan, 2) how did you start running, and 3) where does your nutrition come from (protein, carbs, and fat)?

To answer the first question, in a nutshell, my circle of compassion expanded, and I decided to make big changes in my life by focusing on making small, manageable daily changes. Since my veganism journey runs parallel to my running journey, perhaps it’s easiest to describe how my running journey began first.

To start running, I did not get up off of the couch and instantly run a marathon, nor did I buy any special gear. I started with what I already owned. While dressed in my sneakers, cotton t-shirt, and basketball shorts, I went outside and started running. My first run lasted seven seconds before I had to stop to catch my breath to allow my heart rate to regulate. The next day, I tried it again, and this time I was able to run for nearly 30 seconds without stopping. Soon I was running almost every day, for several minutes at a time, and eventually, my daily runs turned in a routine. My attitude changed from “oh no, I have to go for a run,” to “I’m alive today and have the opportunity to run.” As time went on and my volume increased, I decided it was in my best interest to invest in a good pair of running shoes and socks, and also a few technical shirts from Goodwill. After a year of running, I even gained enough confidence to join a running group. I used what I had to turn a small, manageable change into a daily routine, which is exactly how I went vegan! This is the same formula I use to make any change in my life.

I keep my nutrition pretty simple. I eat well during the weeks leading up to an event. Since protein exists in just about everything we eat, protein is super easy to find. Both complex and simple carbs and healthy fats are easy to find too. During the days leading up to long training runs and races, I consume extra complex carbs and healthy fats; I usually eat large salads, rice and quinoa bowls, and smoothies. For example, this is my go-to meal the night before a marathon: A large bowl of brown rice (complex carbs/starch), baked tofu (protein, complex carb, iron, magnesium), steamed broccoli (vitamins K & C, potassium), and sliced avocado (healthy fat) topped with homemade turmeric-based peanut sauce (healthy fat, anti-inflammatory).

Immediately after a marathon, I will down a satisfying green smoothie filled with frozen bananas, blueberries, dark leafy greens, vegan pea-based protein powder, peanut butter powder (protein without fat), fair-trade cocoa powder (protein), and unsweetened vanilla almond or cashew milk. If I am not near a mixer, I simply eat bananas covered with peanut butter. I’ve never had any problems running long distances while eating vegan meals.

This year, I will be running two ultra-marathons, three marathons, two-30ks, and three half-marathons. This will be my third consecutive Eugene Marathon. My 2019 goal is to qualify for Boston, and the Eugene Marathon will be perfect timing, training-wise, to help me prepare for my first BQ attempt in June. 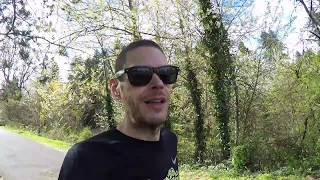 Curbing "bored eating": In this video, I discuss techniques that I use to help curb food c 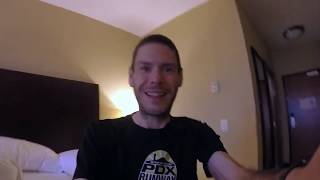 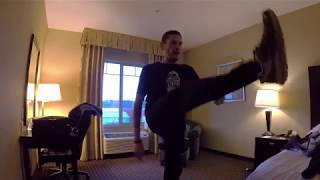 2019 Eugene Marathon recap (as an Ambassador) 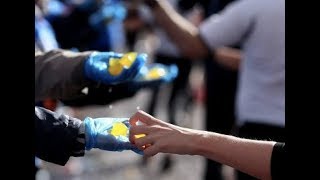 The London Marathon was this past Sunday, and the aid stations were handing out edible/biodegradable 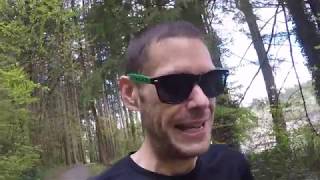 It's better to let it out than bear the pain! Is there modesty in running? Is it truly worth exp 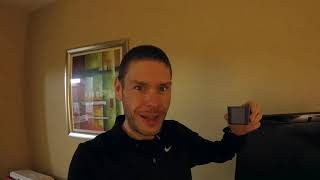 Creating your own protein drink part 1: In this video, I discuss how you can easily create your own

My first Eugene Marathon blog post: Running + Vegan = A How to Guide 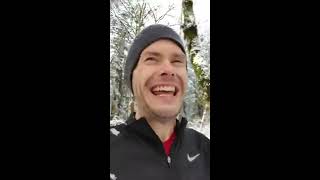 What I've learned after being on this planet for 40 years: Midway through my 40th birthday celeb